Many of you may have noticed that Amazon has been tweaking their product pages. Among the changes they’ve made is allow readers to leave a review for the series as a whole, which is separate from the reviews of the individual books. The link to the Loralynn Kennakris series page is: http://www.amazon.com/gp/product/B00ZPR9FWM/

If you have previously reviewed one or more of our books and would like to leave a review for the whole series, that would earn our undying appreciation! 🙂

In other news: Our first two attempts to set up a mailing list crashed and burned. You wouldn’t think a simple mailing should be that complicated. However, I think we finally have the solution and we intended to have that set up this week. Watch this space for an update.

Recently we got a couple of inquiries about doing audio books for the series. That would be a bit of an adventure for us, but we have found a service that (according to reports) would allow us to produce a decent audio book for a reasonable price. It’s an enticing idea, but given the investment needed, we’d like to get some opinions first.

So are you an audio book fan? Are your friends?

Let your voice be heard! 😉

We are running a special to allow people to get acquainted with both of the Loralynn Kennakris books! We’ve dropped the price of The Alecto Initiative to $0.99 for this week. So if you missed it, you can pick up both Alecto and The Morning which Breaks for under $5!

Many thanks to everyone who has contributed to a successful launch of MWB! 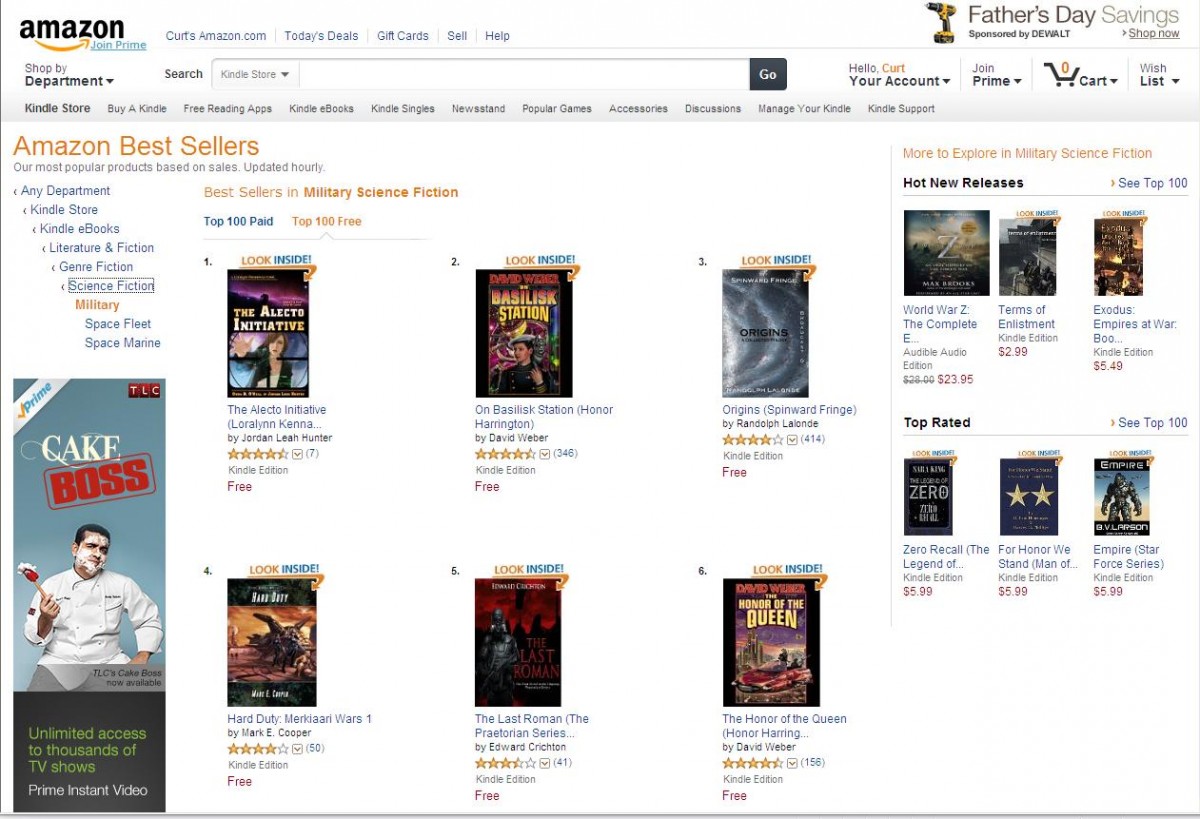 Okay, so maybe we’re bragging a little here (or a lot) but during our last free promo day on Amazon, Alecto hit Number 1 on Kindle Free best seller list for military science fiction. Yes, this is a fleeting bit of glory, but for two new authors it’s still a pretty big thrill. So we hope you will forgive us, just this once.

We are giving away seven copies of the paperback edition of the The Alecto Initiative at Goodreads! Enter before June 25th to be eligible to receive one of these free copies. Please read the previews here before entering this giveaway. This book contains themes such as human trafficking and abuse that will disturb some people. Please do not enter this giveaway is you are not comfortable with such subject matter.

See the giveaway details
at Goodreads.

The print edition of The Alecto Initiative is now on sale at the CreateSpace store! Only $7.99! If you would rather read without electrons involved–and we certainly sympathize with that!–get this paperback edition and stretch out in the sunshine!