Last Saturday, there passed a most notable anniversary, and I’m sorry I was traveling and thus unable to post this when it was due, for it was the 70th anniversary of the Battle of Samar.

The Battle of Samar, fought on the morning 25 October 1944, as part of the larger Battle of Leyte Gulf, had a greater disparity of forces than almost any other major battle in recorded history. It pitted the USN Seventh Fleet’s Task Unit 77.4.3 (known by its call sign “Taffy 3”), commanded by Rear Admiral Clifton (“Ziggy”) Sprague, against the Imperial Japanese Navy’s “Center Force” (a designation of convenience) commanded by Vice Admiral Takeo Kurita (in Japanese, properly Kurita Takeo).

Taffy 3 consisted of six escort carriers, three destroyers, and four destroyer escorts (ships even smaller than a destroyer). The largest gun any of these ships mounted was a 5-in gun, firing a shell weighing about 54 pounds. The escort carriers—small carriers built on a merchant hull—carried an air group of maybe two dozen aircraft and had a top speed of 18 knots, compared to a fast fleet carrier, with an air group of about 100 planes, that could do over 30 knots. The designator for these ships was CVE, said to mean “Combustible, Vulnerable, Expendable.”

Taffy 3’s mission was to support the USN’s landings ongoing at Leyte Gulf. The ships and planes were there to provide fire support for the landing and to carry out antisubmarine duties. It was never intended (or imagined), they would engage in a fleet action.

The force they faced consisted of eleven destroyers, two light cruisers, six heavy cruisers, and four battleships, including the super-battleship Yamato, which mounted 18-in guns as her main battery, the largest ever deployed. One shell from these guns weighed over 3,000 pounds. And they were fast: Kurita’s force could move at 34 knots. By doing away with all safety measures, the fastest ships of Taffy 3 could make only 28 knots.

The battle was the result of a series of disastrous miscommunications within the USN command structure, which placed Taffy 3 in an impossible position. Detecting Kurita’s fleet bearing down on them, the three American destroyers and four destroyer escorts attacked, hoping (rather desperately) they might buy enough time to allow the slow, thin-skinned and practically defenseless “jeep” carriers to get away. It was as they moved to engage that Commander Earnest J. Evans, captain, USS Johnston (DD-557), who would not survive the battle, delivered this immortal address to his crew:

“A large Japanese fleet has been contacted. They are fifteen miles away and headed in our direction. They are believed to have four battleships, eight cruisers, and a number of destroyers. This will be a fight against overwhelming odds from which survival cannot be expected.

“We will do what damage we can.”

The absurdity of their attack can be quantified in any number of ways. For example, one might observe that a single 18-in gun turret on the Yamato weighed more that any of the ships attacking her. One could remark the fact that seven ships attacking over three times their number, even if the ships were comparable, is stark lunacy.

But attack they did, with everything they had and then some. Supported by their aircraft (which were not armed for engaging surface vessels) and those of Taffy 2 (another similar task unit further south), they launched torpedoes, dropped bombs and depth charges, strafed with machine guns, and fired every kind of ammunition they could lay their hands on, including star shells and dummy practice rounds filled with sand. Planes continued to fly attack runs long after they’d run out of anything to attack with—one pilot opened his canopy so he could empty his .38-cal service revolver into the superstructure of a battleship. They scampered, they scurried, they poured out massive quantities of smoke. They lay alongside ships many times their size at “potato range” and hammered them with 5-in shells at a terrific rate.

And they kept it up, despite being holed again and again by 8-, 10-, 14- and even 18-in shells. Commander Evans, bleeding from multiple wounds, his destroyer’s bridge and most of her superstructure destroyed, down to one gun and reduced to shouting steering orders through a gaping hole in the deck to men who were turning the rudder by hand, paused a moment to smile and wave to his compatriot, Lieutenant Commander Robert Copeland, skipper of the USS Samuel B. Roberts (DE-413), before charging through the smoke to engage a Japanese heavy cruiser.

These attacks were not futile. Taffy 3 sunk three heavy cruisers and damaged three more along with a destroyer. The cost was high: two CVEs sunk, two of the three destroyers sunk and the third damaged; one destroyer escort sunk and two damaged. Only one of the CVEs escaped unscathed, and over 1500 US sailors died.

But in the end, the ferocity of their relentless attacks so confused and dismayed the Japanese, that Admiral Kurita, perhaps within minutes of completely annihilating his adversaries—“Just wait a little longer, boys. We’re sucking them into 40-mm range,” said an officer aboard USS White Plains (CVE-66)—broke off and retreated.

“Goddammit, they’re getting away!” yelled a signalman aboard USS Fanshaw Bay (CVE-70).

Faulty reporting, a torpedo attack that removed him from the scene of the battle, and the astounding resilience of his opponents had convinced Kurita he was engaged with a large and powerful force, not a small handful of tin cans protecting a few jeep carriers. He honestly believed they were fleet carriers, who were going away from him at 30 knots. He feared another powerful surface group just over the horizon, making him understandably reluctant to pursue, especially into the confined waters of Leyte Gulf, from which (for all he knew) the transports he’d been sent to destroy might have already departed. He’d already taken a terribly pounding; he knew what was happening to the other IJN fleets involved in the larger battle. He thought he’d sunk two big fleet carriers (no small achievement). The radio traffic he was intercepting from Taffy 3—increasingly desperate plain language calls for help—he interpreted as confirming his judgments. Under the influence of all these factors, and others besides, he withdrew.

And the men of Taffy 3, aided by the pilots of Taffy 2, won an extraordinary victory.

In explaining all this, historians like to point out that the USN had some important things going for it at Samar. Radar-directed fire control allowed the little ships to fire accurately while maneuvering, something the IJN could not do. While a 5-in shell might be useless against the hull of a cruiser, to say nothing a battleship, it can make a mess of the upper works, especially when fired rapidly, accurately, and by the hundreds. A star shell can start fires on bare metal that are very hard to put out. A single 5-in shell hitting a vulnerable spot can be devastating, as when one detonated a stack of torpedoes and put the heavy cruiser Chikuma out of action.

Of course, torpedoes also wreak havoc when used as intended, even if they don’t hit, and Taffy 3 used them with abandon. Not only did they damage and sink Japanese cruisers, they disorganized Kurita’s whole formation and blunted his attack. The IJN’s manual fire-control systems also could not cope well with small agile targets, especially not ones peppering them so thoroughly, and smoke is particularly effective in the absence of radar. USN ships, even little ones, were designed for survivability and damage-control practices were first rate, allowing them to absorb tremendous amounts of damage and keep fighting. Despite having to form a strategy at the spur of the moment, the American commanders did so effectively, and excelled at carrying it out, taking the initiative away from the Japanese and keeping them continually off balance. Their seamanship and the employment of what weapons they had were without peer.

All these things had their effect, and contributed hugely to the outcome of the battle. But by far the most important advantage the Americans had over their Japanese opponents that day was just a superabundance of sheer guts. They convinced the Japanese that, no matter how great the odds, they simply could not be beaten.

And they were right.

A final note is in order. We live today in a culture that adores the concept of ‘elites’, be it Top-10 lists, and the next top this and super that and ultra-mega everything. Our entertainment industry is obsessed to the point of mania with comic-book ‘superheroes’, and even outside their myopic confines, we continually encounter stories of similar characters who had their ‘super powers’ bestowed on them magically, genetically, or technologically. They, of course, struggle against ‘supervillains’ and/or super monsters, and the fate of worlds hangs in the balance. Nothing less seems to capture our imagination.

How strange then, to our current blinkered view, that the Americans who fought at Samar were in no sense an ‘elite’ as it was understood then, and certainly not now. They did not constitute the ‘best and the brightest’, they were not selected for any extraordinary powers, they were not the most glamorous—far from it. They were the little guys, stuck with the workaday drudgery, assigned to the ‘tin cans’ and the “combustible, vulnerable, expendable” jeep carriers. They were from the most ordinary backgrounds, possessed of the most average gifts, no different from their neighbors, mostly drafted into a terrible conflict not of their making.

And yet these men, perfectly ordinary and average in their day, accomplished something so remarkable, so unprecedented in history, that today we must bestow our fictional ‘heroes’ with near-infinite powers in an attempt to envision anything roughly similar—and yet fall short.

So far have we fallen. So much have we lost.

Just when you think you’re done with something . . .

Many thanks to everyone who has given us feedback so far!

This is where we are on the next book:

Wogan’s Reef, Part 1 is 133 pages long. It has undergone alpha review and we are getting it to into beta shape now.

Asylum (the novella) is beta-ready and weighs in at 118 pages.

We don’t have a projected release date yet. We will announce that when we get the draft of Wogan’s Reef, Part 2 to ~90% complete.

We’ve gotten a lot of great feedback from our awesome readers on the alpha chapters we’ve released thus far. So we are far from blue! (Tickled pink is more like it!) As a result, we are reorganizing Part 1, restructuring some chapters, and adding some new chapters. For this reason, we will not be releasing more chapters at this time, and we won’t be sending out the old, obsolete alpha chapters at this point.

The good news is that we are that much closer to having a beta version ready. And we will resume releasing sample chapters in the future, until the beta draft is ready.

Thanks again to everyone who commented! 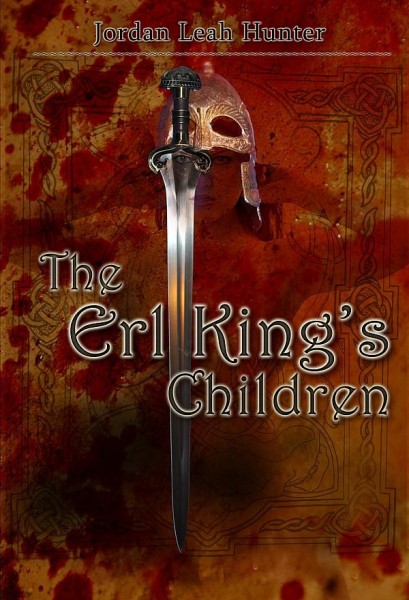 If you like vibrant, old-school High Fantasy (that’s maybe a little spicier than what they wrote back in the day) and haven’t already gotten a copy, this is a great time to pick one up!