The print edition of The Alecto Initiative is now on sale at the CreateSpace store! Only $7.99! If you would rather read without electrons involved–and we certainly sympathize with that!–get this paperback edition and stretch out in the sunshine!

Today, Glenn Reynolds [Instapundit] was so good as to check out The Alecto Initiative: IN THE MAIL: The Alecto (Loralynn Kennakris). Oodles and oodles of sincere thanks to Instapundit!

And WOW! The good professor’s link to our Amazon page put The Alecto Initiative at #31 on Amazon’s list of bestsellers in Military Science Fiction, and number #81 in Science Fiction Adventure! Whenever you are on the same page with John Scalzi’s bestseller Old Man’s War, Hugh Howey’s WOOL, and anything by Orson Scott Card, that’s something to be excited about!

Yeah, I know–there are a ton of things that go into that complicated Amazon ranking and they flucuate a lot, but it still makes a new author giddy. So thanks to everyone who followed the good professor’s link and bought or borrowed a copy. You made this one of the best days of our lives! 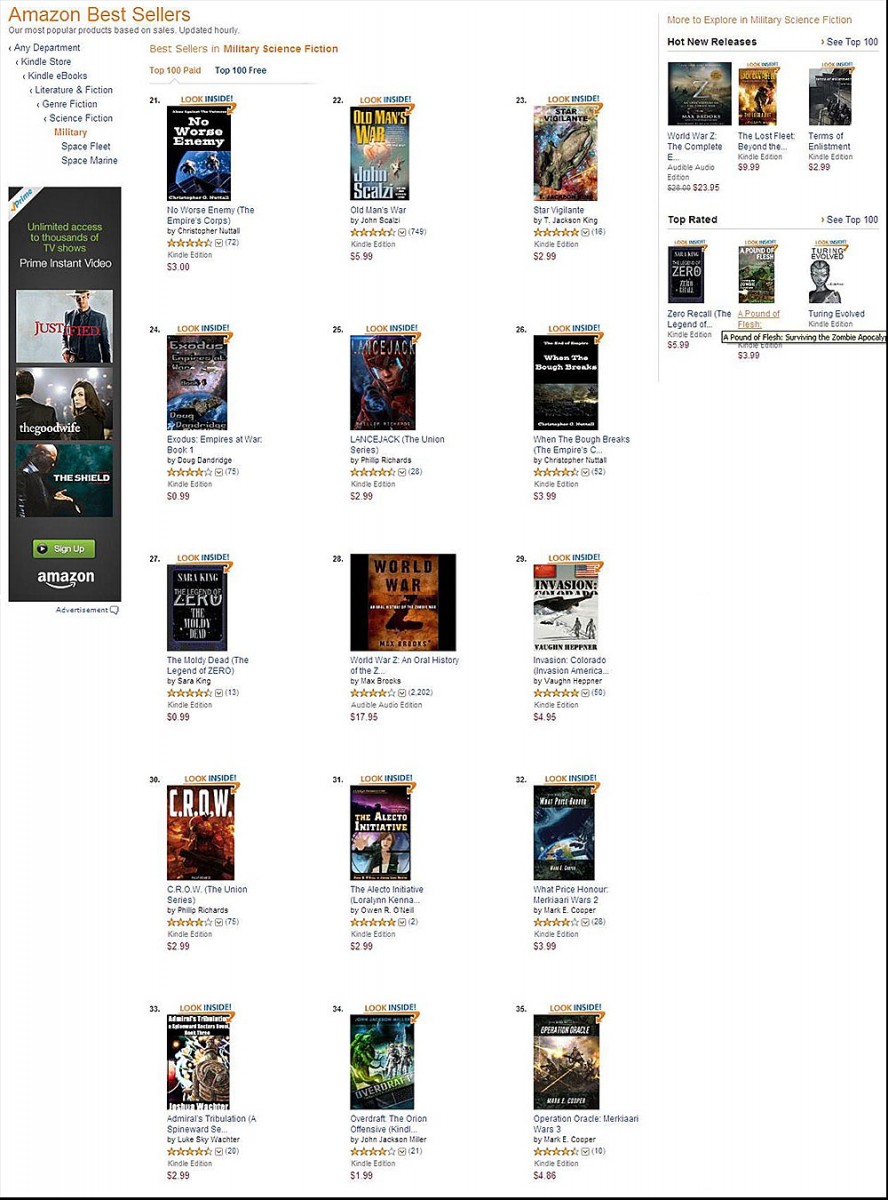 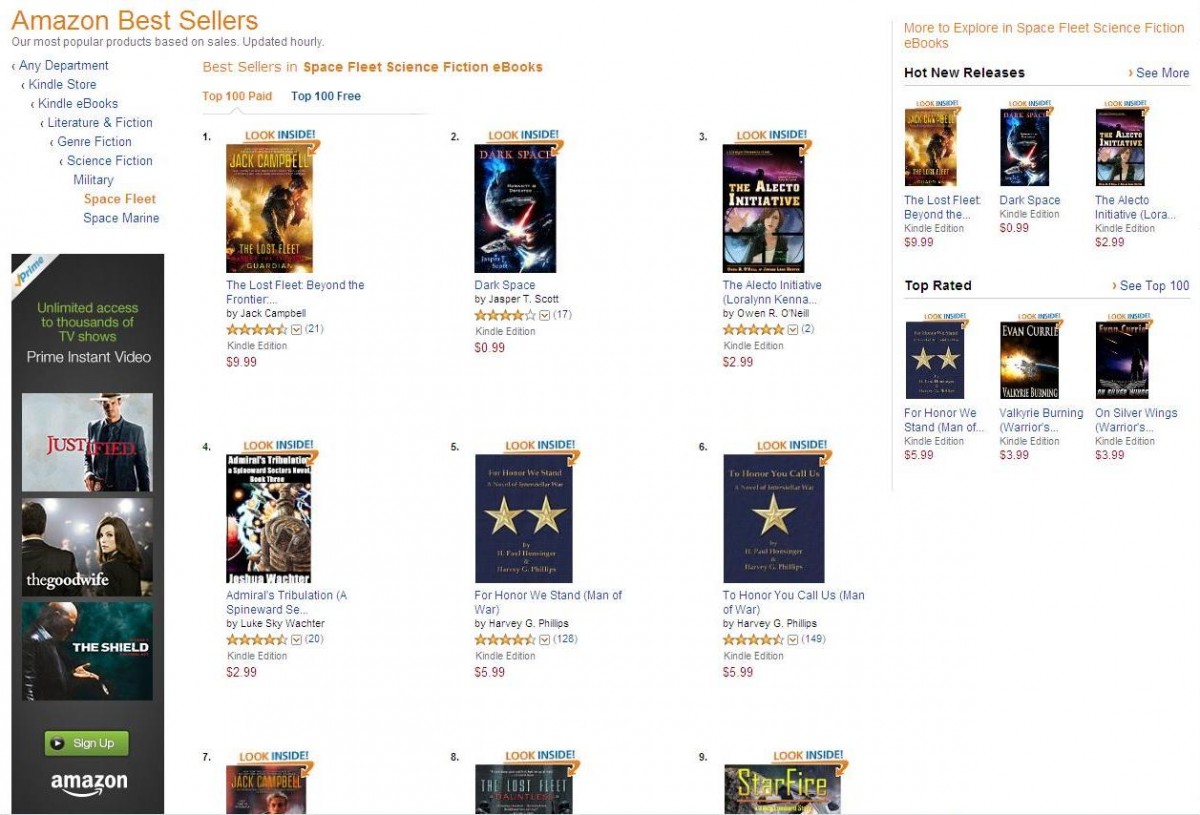 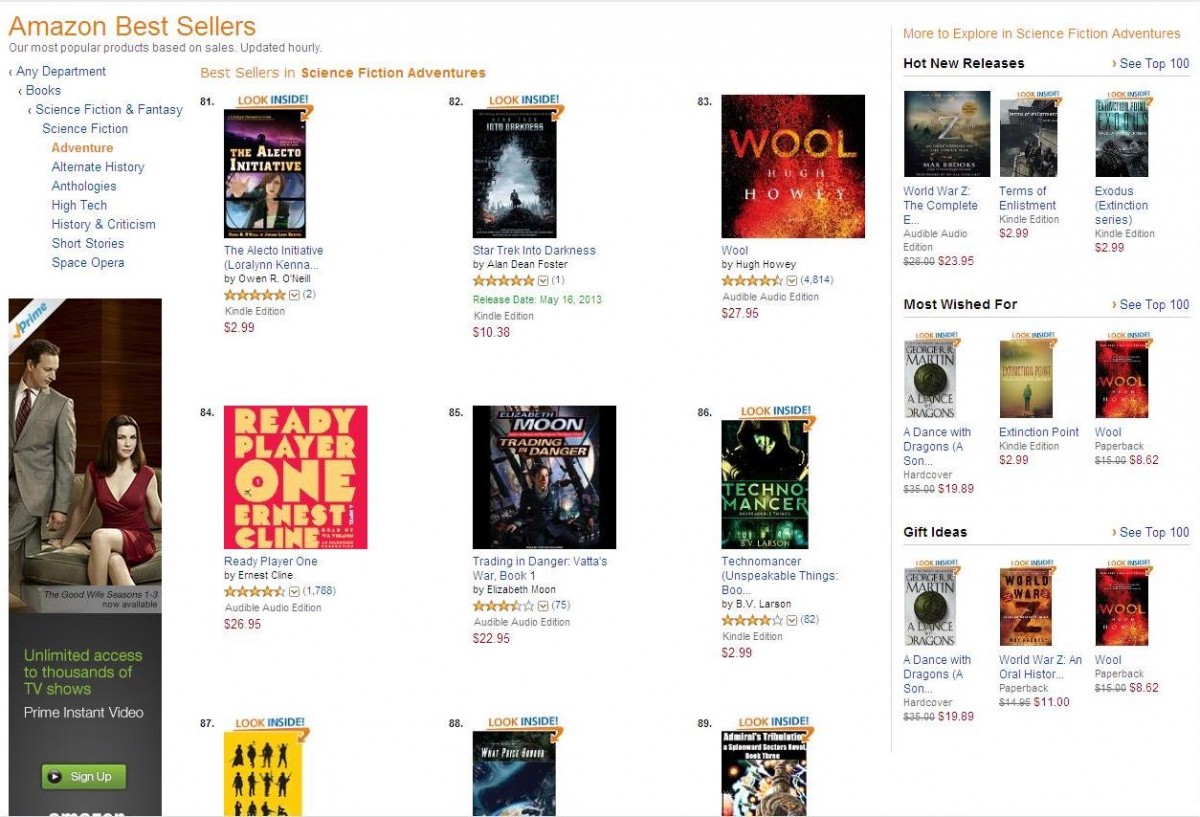 Since Alecto was released on Monday, sales have surpassed our expectations by a wide margin!
We also had a free promotion for one day and it was a success! Thanks to everyone who supported us and especially those who shared your reviews with us.

We’ll be having a another free-promotion day in the not to distant future. Keep an eye on this space, as we will announce it the day before. Also, if you are an Amazon Prime members (and useful thing to be) you can borrow Alecto for free at any time.

We will also be releasing some excerpts from the second Loralynn Kennakris novel, The Morning which Breaks, here shortly. (If you are impatient, there is a 10-page excerpt included with Alecto.)

The Alecto Initiative is now available for sale at Amazon! The first book in the Loralynn Kennakris series is alive! Only $2.99!